Bringing you a roundup of all the top events, stories, and social media posts in 2017. We’ve been celebrating Cass’s 50th Anniversary, hosted and supported events in New York, Athens, Dubai, San Francisco, Shanghai, Doha, Luxembourg, Hong Kong, Jakarta, Kuala Lumpur, Beijing, and more. It’s been amazing to reconnect with so many of you and we hope you have enjoyed meeting each other too. We’re already planning for 2018 so we hope to see many more of you soon!

PLUS, if the festive season for you means Premier League Football, join our Fantasy League and compete against other alumni! The joining code is 1318396-573914.

Hosted at the London Transport Museum, over 300 alumni plus staff and guests joined special guest Sir Stelios to party late into the night. The silent disco proved a particular highlight. 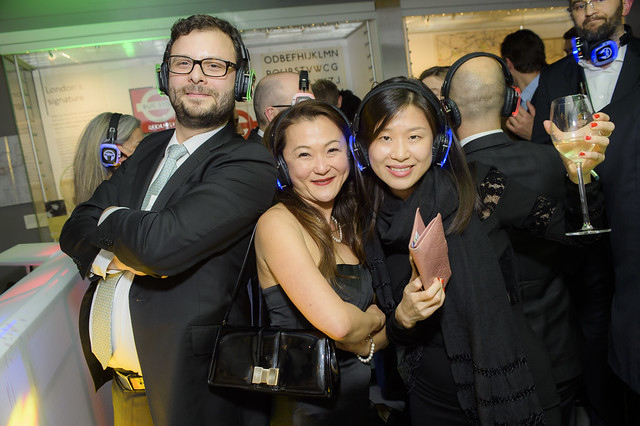 It’s been a great year for connecting with famous alumni, with Muhtar Kent, the Chairman and former CEO of The Coca-Cola Company coming back for a masterclass on diversity alongside his annaul prizegiving of the Defne and Muhtar Kent Prize in Entrepreneurship and the Coca-Cola Foundation scholars. Find the full video of this talk on Cass Community. 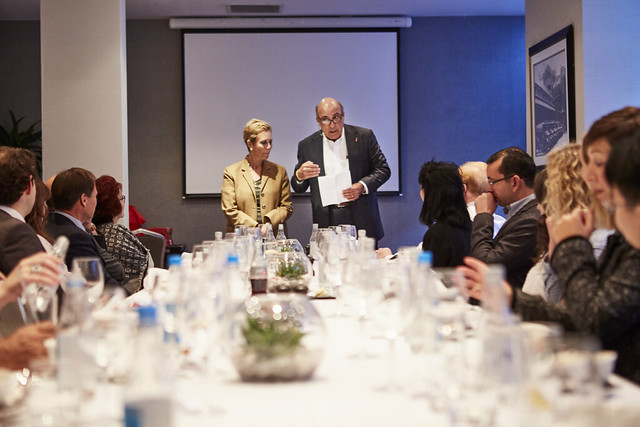 We’ve also had alumni invite us to their place of work! We visited KPMG with some Cass academics to team up with the KPMG experts for this interactive discussion on cyber security.

It’s been a lovely year for Cass couples! Thanks to those who sent us in their photos – we’d love to have more. Share with us via cass-alumni@city.ac.uk or message on our social platforms.

The wonderful academics at Cass never stop! Here’s some of what they have been up to this year:

My five year old daughter was fined £150 for selling lemonade on the corner of our street. MT in @Telegraph today https://t.co/uHFyxEEEBh

Cass has been celebrating plenty of success in the rankings this year!

Cass alumni are launching and investing in businesses with a social angle, and City is joining in too.

We have caught up with more alumni entrepreneurs in 2017 than ever before, and you can read all the interviews on our website. Highlights include:

We spoke to Cass alumna & @VestPod founder Emilie Bellet about surviving the crash & the importance of money talk: https://t.co/QbPm2xeRwX https://t.co/XmvjV4FF48

We met up with the 4 #MBA alumni behind @CiderRevenant to chat about @cassbusiness, juggling the day job & more: https://t.co/dPQ1SOCJYM pic.twitter.com/RsoxJ0qhgS

Meet the 3 MBA alumni behind @ElementalBrew. We talk juggling a new business, hauling grain sacks and much more: https://t.co/jpIDXZCd99 pic.twitter.com/sakQ5FrF5M

Congratulations to all our alumni who have achieved their goals in 2017!

We won a #THELMAs 2017 award for Alumni Engagement – thank you to all the professional mentors, and @BillBailey for hosting the evening 🥂🍾 pic.twitter.com/wYUsMU7slt

From all of us at the Cass Alumni Relations Team we wish you a very Merry Christmas and every success in 2018.