This post is by current #citylis student, James Hobbs and was inspired by his attendance at The Future of Documents: Documenting Performance symposium organised by Lyn Robinson and Joseph Dunne and held at City, University of London.

When the Berlin-based artist Tino Sehgal has a new exhibition, it can be hard to find out what is going to take place. He forbids any of the normal digital or paper trails of exhibition marketing and publicity: there are no videos of the work, no catalogues or wall texts. Even contracts with the exhibition organisers are verbal only.

Sehgal’s name was mentioned in The Future of Documents: Documenting Performance, a symposium at City, University of London on 31 October 2016. Yaron Shyldkrot, who is working on a PhD at the University of Surrey, was talking about documenting darkness in theatre and dance, and the disorientation and uncertainty it creates for viewers. “You can’t be in the same picture as the dark,” as the writer and performer Chris Goode puts it. Sehgal has used darkness in some past works, which usually involve performers interacting spontaneously with spectators, leaving no physical residue once they are finished. 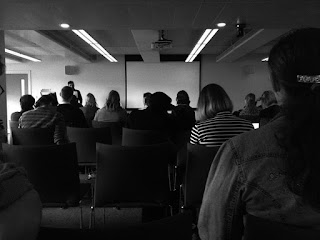 The darkness of Sehgal’s non-documentary approach shone out for me during the day. It is an approach that “minimises discourse to maximise the experience”, the curator of his new show at the Palais de Tokyo in Paris says. The question of just who performances are being documented for was a recurring question through the day of the symposium. While many performers, choreographers and archivists recognise the importance of retaining at least some tangible form of memory of a fleeting moment, Sehgal turns that on its head, leaving us, metaphorically and sometimes literally, in the dark.

This way of working, it seems to me, is less about the artist leaving documented legacy (his approach is very well documented, if not his work), and more about his anti-market views and myth constructing. (Would he be as well known if he did allow his work to be documented?) But even in our age of the ubiquitous camera, he encourages us to focus on the moment of the performance rather than see it through a lens or discuss it to oblivion. And it certainly frees up time for archivists to get on with other things.

It was a great thought-provoking day – thanks to Lyn Robinson and Joseph Dunne for organising it.

This post is an edited version of the original which was published on the author’s blog, James Hobbs at #citylis on November 4th 2016.