#CityLIS Student Perspectives: From Books in Boxes: The Birth and Evolution of the London Irish Library by James Ryan

This post is by current CityLIS student, James Ryan, and reflects is about his experiences volunteering at the London Irish Library in Camden. 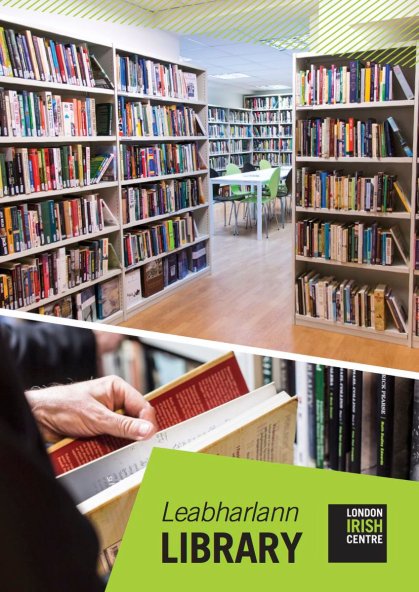 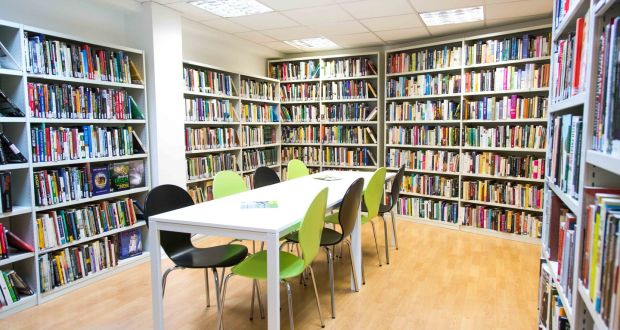 My name is James Ryan and I am a voluntary librarian at the London Irish Centre in Camden Sq.  In this introductory post, I will discuss how this modest project grew from books in boxes to a fully functioning collection with over 10,000 books, journals, periodicals and audio-visual resources. I will also detail my own journey and involvement in this project. If you would like to find out more about this personal journey, Diana Rusu of Unspoken Word interviewed me about our specialist collection. I am planning to do a monthly blog series where I will update the progress of the library and feature content based on the various appointments we have.  To illustrate my points I will include photos and videos which I feel will give readers the scale of our hard work and dedication in creating a library from scratch.

The idea of developing a library at the LIC grew out of a phone call Gary Dunne our Arts Director received from the Foleys, an Irish family living in North London. After the unfortunate passing of Christopher, the patriarch of the family, he left behind an extensive collection of Irish books, his wish was to not sell the books so his family offered to donate them to the London Irish Centre.  A former Labour T.D. Michael Mc Carthy was visiting the centre just after the donations had arrived. He was excited and impressed by the potential of this collection and put out a call to every TD, senator and publishing house in Ireland to donate books to this new Irish Library in London. This call to arms, so to say, proved hugely successful, as soon the collection grew from a few hundred titles to over 10,000 in the space of a few months.

This is where my journey began, and like many Irish people living in London, I decided to visit the London Irish Centre. I stumbled upon this unique project when the Volunteer Coordinator at the time mentioned they had received a donation of books (little did I know of the scale of donations!). After this, I met Gary Dunne the Arts Director who gave an impassioned plan of what he wanted to do with the books. I was faced with the mammoth task of organising 10,000 books, journals periodicals and audiovisual materials. Having no professional background in librarianship, except for the countless hours I spent in the library throughout my University degree, I developed a D.I.Y. approach to the work at hand.

The excitement of not knowing what was in each box motivated me greatly. However as I kept trawling through the plethora of boxes,  the more I found myself getting distracted by Joyce, Beckett, and Yeats or by obscure titles such as ‘Forgotten Revolution’ which detailed the establishment of a Soviet in my home town of Limerick in 1919, of which I was blissfully unaware I might add. At this early stage, I decided to document our progress for the sake of posterity as I knew even at this stage that this project was really special. The video below demonstrates the monumental task that faced us. Keep an eye out at the end of the video, look at all those beautiful boxes!

It became quite clear that we needed a few more volunteers to assist in this project and it was not until we recruited John Dunne a former librarian alongside other very capable volunteers, that we began to make rapid progress. John suggested that we get the shelving up as soon as possible as this would make it easier for us to organise and understand the full scope of our collection. This eureka moment paved the way for the next stage of this project. See below a video of the new shelves! You can see the transformation from our box collection in the previous video to a nearly completed library.

The KOHA software company in Dublin generously donated their cataloguing software. I would like to thank Charles Quain for his patience, advice, and training he provided us. Once we were comfortable with using KOHA we began to catalogue our collection. The process involves scanning the barcode of the book (if it has one!), the information can then be imported from either the databases of Trinity College Dublin, The British Library, or Library of Congress. This entry will normally have an assigned Dewey Decimal Classification number which we then write in pencil on the first or second page of the book. We then put our own unique barcode in the book, spine label it, and finally put on the shelf.

It was now beginning to look like a library! With a team of seven volunteers working in tandem, we were given a six-month deadline to have the library ready for the grand opening. This goal further motivated us to push on with the cataloguing and shelving of the collection, and as a group, we dedicated at least three days a week to achieve this. As it moved closer to D-day all hands were on deck and I think we were all feeling the pressure. Fortunately for me,  Claire, Will, Ben, and John were always there to lighten the mood and there was plenty of craic to be had during this busy period.

Hannah Pender, Events Officer at L.I.C., and Gary Dunne did a tremendous job in organising the grand opening. This included the revamp of the library which was repainted in striking white and green colours. A plaque dedicated to Christopher Foley, the man responsible for the birth of this project, was hung outside the library. 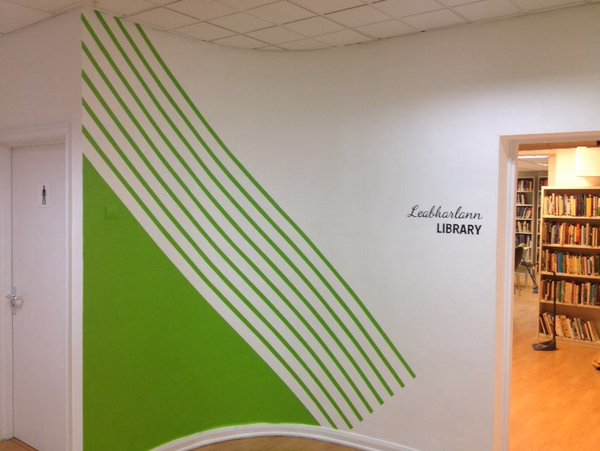 You can’t beat the Green and White, Limerick colours I may add!

Their contacts proved to be crucial in bringing together many prominent figures from the Irish arts community such as the Irish Ambassador Dan Mulhall, the Ceann Comhairle Sean O’ Fearghaill, among others who eloquently espoused the importance of this library in promoting Irish Arts, Language and Culture to the community in London. Members of the Foley family were present and gave an emotional and inspiring speech about Christopher Foley’s love for Irish literature. I would like to thank the Foley family as this library would not have been possible without their invaluable contribution and donation. 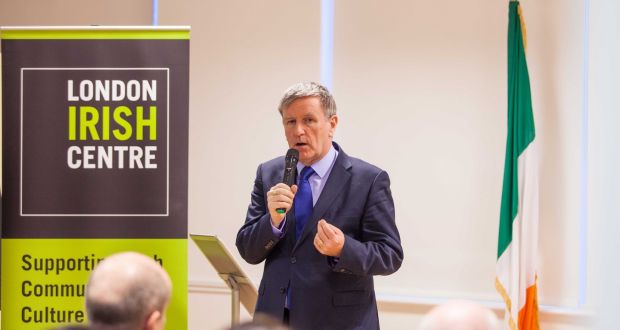 After the speeches had commenced, people started filling into the library to see what all this fuss was about! Suddenly it felt like I was working again (except with a glass of wine in my hand!) as people were roaming around the library, I informed them of our unique collection and recommended various authors and books I thought would be of interest. One of my proudest moments of the night was showing my girlfriend Emma around the completed library as she was extremely supportive throughout my journey with this project. Looking back on that night I have a huge sense of pride and joy and, in a way, relief that we managed to open the library and list this venture as one of my proudest achievements. I would like to thank the library team, Will, John, Claire, Mary, Ben, William and Pat for sacrificing their time to make this library more than a dream, but a reality. 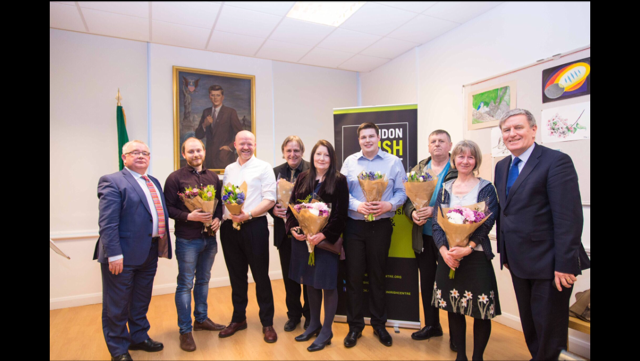 Since writing this post, James invited fellow CityLIS students to visit the London Irish Library resulting in this…

I was delighted to welcome my budding librarians @CityLIS to the London Irish Library today @LDNIrishCentre . Here is an action shot which I hope @lynrobinson will appreciate! #librarianswithlives pic.twitter.com/IniqB6pCmu

This post is an edited version of the original which was published on the author’s blog, D.I.Y. Leabharlannaí, in which he reflects on the London Irish Library, on May 15th 2017.