This autumn Library Services will host a series of drop-in sessions and workshops at the Northampton Square and Cass Libraries. These sessions form our Library Services Autumn Specials. They will be an excellent opportunity to meet the people behind these resources and learn about how to get more out of library resources.

See the table below for dates and times of each session. Select the links to find out more information and book your place.

The Financial Times will be visiting during International City Week in February. This is an excellent opportunity to learn about key international features of the paper including:

The Financial Times at Northampton Square

If you can’t make it to the lecture, you can also speak to Kylie during her drop-in at Northampton Square Library level 2 from 11.15-1pm.

The Financial Times will be visiting the Learning Resource Centre at Cass Business School on Thursday 15th February and can be seen at the following times:

Do you still need to sign up for your free subscription to the FT.com? Login to using the City Library website and use your City email address to register.  After you’ve registered, you can easily access your account through www.ft.com > login with the details you initially set up.

With the 89th Academy Awards on Sunday the end credits will roll on another year of tearful acceptance speeches, surprising snubs and red-carpet wardrobe disasters. To mark the occasion we’ve crunched the numbers on our DVD collection to discover your most popular movies based on usage.

Here are your all-time top ten. The results might surprise you…

Does it prove the theory that sequels are always better than the originals (Aliens, The Empire Strikes Back) and that third instalments are always much, much worse than their predecessors (Godfather: Part III, Superman III, Richard III…)? The Godfather: Part II certainly took your Marlon Brando, raised you Robert De Niro, and walked off with 6 Oscars including Best Picture.

Nominated for 3 Oscars, the film stars John Cusack, Cameron Diaz, Catherine Keener and of course the eponymous Mr Malkovich himself and is about, well, people getting inside someone’s head. Literally. It’s probably easier to watch than to describe.

Legendary filmmaker Mike Leigh’s film was overlooked by the Academy, but was recognised at a wide range of other ceremonies and film festivals worldwide, including at Cannes where it scooped Best Director and Best Actor for David Thewlis. Described as a comedy-drama, its adult content and themes means it’s, well, not for faint-hearted; and there’s not a cheesy-pineapple stick in sight.

This French romantic comedy, directed by Jean-Pierre Jeunet, is definitely at the more joie de vivre end of the cinematic spectrum, and delighted audiences mondialement back in 2001. The story about a girl whose mission in life is helping others to be happy earned itself 5 Academy Award nominations, but sadly went home empty-handed.

Set against a backdrop of the collapse of the Berlin Wall, this German film about a young man pretending to his unwell mother that East Germany still exists was lauded at award ceremonies pretty much everywhere except the Oscars, and lost out at the BAFTAs in the Best Film Not In the English Language category.

Shane Meadows’ take on skinheads living in 80s Britain helped launch the careers of several British actors including Stephen Graham, picked up the Alexander Korda Award for Best British Film at the BAFTAs and spawned several television sequels. Nothing at the Oscars though, despite posting positive critical reviews stateside.

“Can men and women ever just be friends?” That’s the key question in this classic Rob Reiner rom-com written by Nora Ephron (who picked-up the film’s only Oscar nomination for her screenplay). With charming performances by a cast including Meg Ryan, Billy Crystal and the late Carrie Fisher, even the curmudgeonliest individual will want what they’re having after 96 minutes.

Neurotic writer? Check. Awkward romantic entanglements? Check. Diane Keaton? Check. The ‘overrated’ Meryl Streep thrown in for good measure? Indeed. Despite winning Best Film at the BAFTAs Woody Allen’s classic didn’t even get shortlisted at the Oscars, with the Academy only nominating it for Screenplay and Best Supporting Actress (Mariel Hemingway): it won neither.

and, at number one…

4 Oscar nominations (including one for Meryl Streep), 1 win (Best Actor in a Supporting Role: Chris Cooper) and a whole host of other awards, Charlie Kaufman’s film is about a writer hired to adapt a book for the screen. Oh, and that writer happens to be Charlie Kaufman, who wrote Being John Malkovich (see, no.8)… The FT.com is returning to City. This is a great opportunity to learn how to access this popular publication as well as the different types of content they offer.

Find the FT.com at Northampton Square Library on

To access the Financial Times need to register for access, and once you’ve registered you can go to the website and login with your credentials without going through the library. To get started use the FT.com link in the Cass Library Services Moodle Module, and register with your Cass Business School email address.

Library Services now provides full access to The Economist Historical Archive (1843-2012). To find out more, simply move your mouse over the image below. 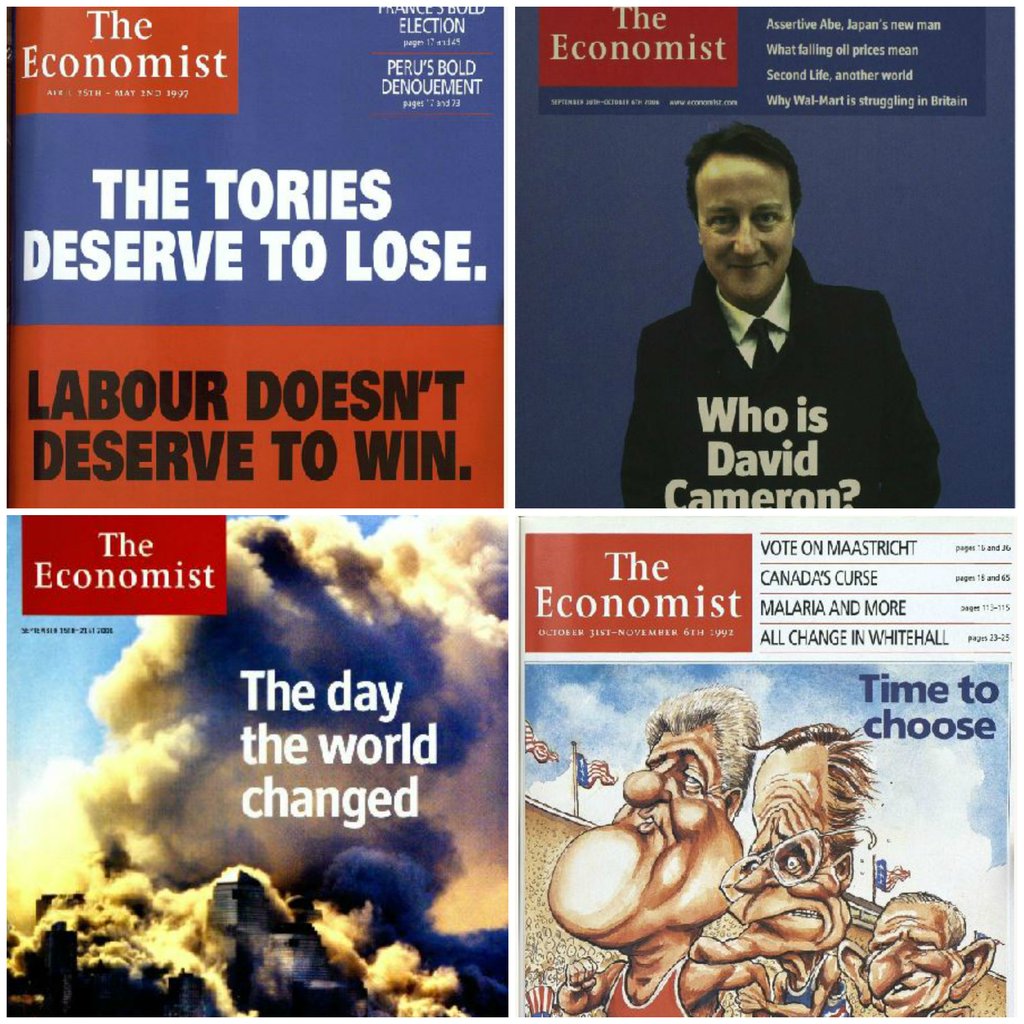 If you need any help in using this resource you can contact your friendly Subject Librarian.